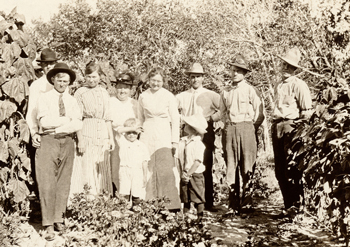 After World War II, California experienced dramatic growth in population and economic development. With this boom came demands for housing, jobs, and public services. To accommodate these demands, the State approved the formation of many new local government agencies, often with little forethought as to the ultimate governance structures in a given region. The lack of coordination and adequate planning led to a multitude of overlapping, inefficient jurisdictional and service boundaries and the premature conversion/loss of California’s agricultural and open space-lands.

Recognizing this problem, Governor Edmund G. Brown, Sr. appointed the Commission on Metropolitan Area Problems in 1959. The Commission’s charge was to study and make recommendations on the “misuse of land resources” and the growing complexity of local governmental jurisdictions. The Commission’s recommendations on local governmental reorganization were introduced in the Legislature in 1963, resulting in the creation of Local Agency Formation Commissions, or “Lafcos,” operating in each county.

From 1963-1985, Lafcos administered a complicated series of statutory laws and three enabling acts - the Knox-Nesbitt Act, the Municipal Organization Act, and the District Reorganization Act. Confusion over the application of these laws led to a reform movement that produced the first consolidated LAFCO Act, the Cortese-Knox Local Government Reorganization Act of 1985.

In 1997, in response to a new call for reform in local government, the Legislature formed the Commission on Local Governance for the 21st Century. After many months canvassing the state, the Commission prepared a comprehensive report that included recommendations for changes to the laws governing LAFCo's. These recommendations became the foundation for the Cortese-Knox-Hertzberg Local Government Reorganization Act of 2000(Government Code § 56000 et seq.). This law mandates greater independence for LAFCo's and further clarifies their purpose and mission.