Special districts’ activities are as diverse as the communities they serve. The most common type of special district in California is the County Service Area (897), while districts with unique functions include the bridge and highway authority (1).

With about 3,400 special districts, it may seem overwhelming to try to understand the purpose and function of the districts. So, to simplify, let’s break down the districts into pairs of categories. One way of understanding districts is to look at their various contrasting features: 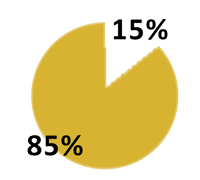 Some multi-function districts only offer a few of the services they are authorized to provide. For example, the Buzztail Community Service District in Butte County is authorized under the Community Service District Law to provide up to 16 services and yet it offers only water service. The powers which a district is authorized to use but does not currently employ are called latent powers. Special districts can usually enact latent powers by vote of the district board. In some cases, however, district voters must approve new powers. 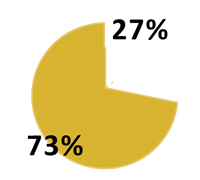 These three distinctions about special districts are certainly not mutually exclusive. It is possible to have an independent, multifunction, enterprise special district, such as the Whispering Palms Community Service District in San Diego County. The District is independent because it the local voters elect their own board of directors; it’s multifunction because the District provides sewers, street lighting, and road maintenance; and it’s enterprise because local officials charge their customers for the sewer services. Conversely, County Service Area # 19 in Marin County is a dependent, single function, non-enterprise district. The CSA is dependent because the Marin County Board of Supervisors governs it; it’s single function because it delivers only one service; and it’s non-enterprise because that sole service is fire protection.

Who has the right to Vote?

The plaintiffs urged the creation of a new policy so that all residents in the District would be permitted only one vote regardless of land ownership. The defendant District argued that its services benefited the land only. Thus, any effects on non-landowner residents were indirect and did not entitle them to vote. Also, the number of votes allotted to landowners was proportional to the assessed value of the land, and therefore relative to the benefits and burdens to each landowner.

The US Supreme Court agreed with the defendant and upheld landowner-voting because the District provides no service to the general public.”