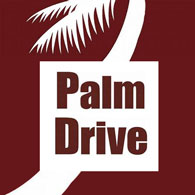 Registered voters residing within the Palm Drive Health Care District have applied to Sonoma LAFCO for detachment from the District. The reasons given by the applicants for the detachment include the closure of the hospital emergency room, concerns of continued mismanagement and the potential for the accumulation of additional debt.

The County of Sonoma Registrar of Voters has determined that more than 25% of the registered voters residing within the proposed detachment territory have signed the petition for detachment. Sonoma LAFCO has issued a Certificate of Sufficiency indicating that the number of voters signing the petition meets the requirements of state law. Sonoma LAFCO has also issued a Certificate of Filing indicating the application is deemed complete.

Detachment of the affected territory would reduce the District’s tax revenue that could be used to pay new debt service or to provide other health services to the residents remaining in the district.

Registered voters within the affected territory would lose their right to run for the District board of directors and to vote in District elections.

Landowners within the detached territory would remain responsible for their share of debt that the District has incurred, to the date of detachment, including payments for the eventual settlement of the current bankruptcy (because that liability had been incurred prior to the date of detachment). Thus, they would continue to pay a parcel tax that would be allocated to the existing debts.

Voters and landowners within the remaining District would see no change to their rights with regard to District elections or in level of their parcel tax..

Processing of the Proposal

The process to review a proposal involving detachment from a special district is established in state law (the Cortese-Knox-Hertzberg Act). The basic steps of the process are as follows:

Because not all owners and registered voters within the area proposed for detachment from the District have provided their written consent to the proposal, state law requires that the Commission conduct a noticed public hearing on the proposal. The Commission published a Notice of Hearing on April 5, 2019 setting the hearing date for May 1, 2019. All persons wishing to comment on the proposal, either in writing or in person at the hearing, will have the opportunity to do so.

Within 30 days of the Commission’s adoption of a resolution, any person or affected agency may file a written request for reconsideration. The request must be based on new or different facts that could not have been known to the Commission at the time of the hearing that would warrant the reconsideration.

If the Commission approves the proposal, the Commission must hold a noticed protest hearing. This allows owners and voters within the affected territory the opportunity to protest the detachment. The hearing would be conducted not less than 21 days or more than 60 days after the date the notice is given.

At any time between the date of publication of the protest hearing notice and the close of the protest hearing, any owner of land or registered voter within the proposed detachment territory may file a written protest. For protests to be valid, they must be written, signed and contain specific information.

At the conclusion of the protest hearing, the Commission will determine the value of written protests.

If more than 50% of registered voters submit written protests, the proposal is terminated.